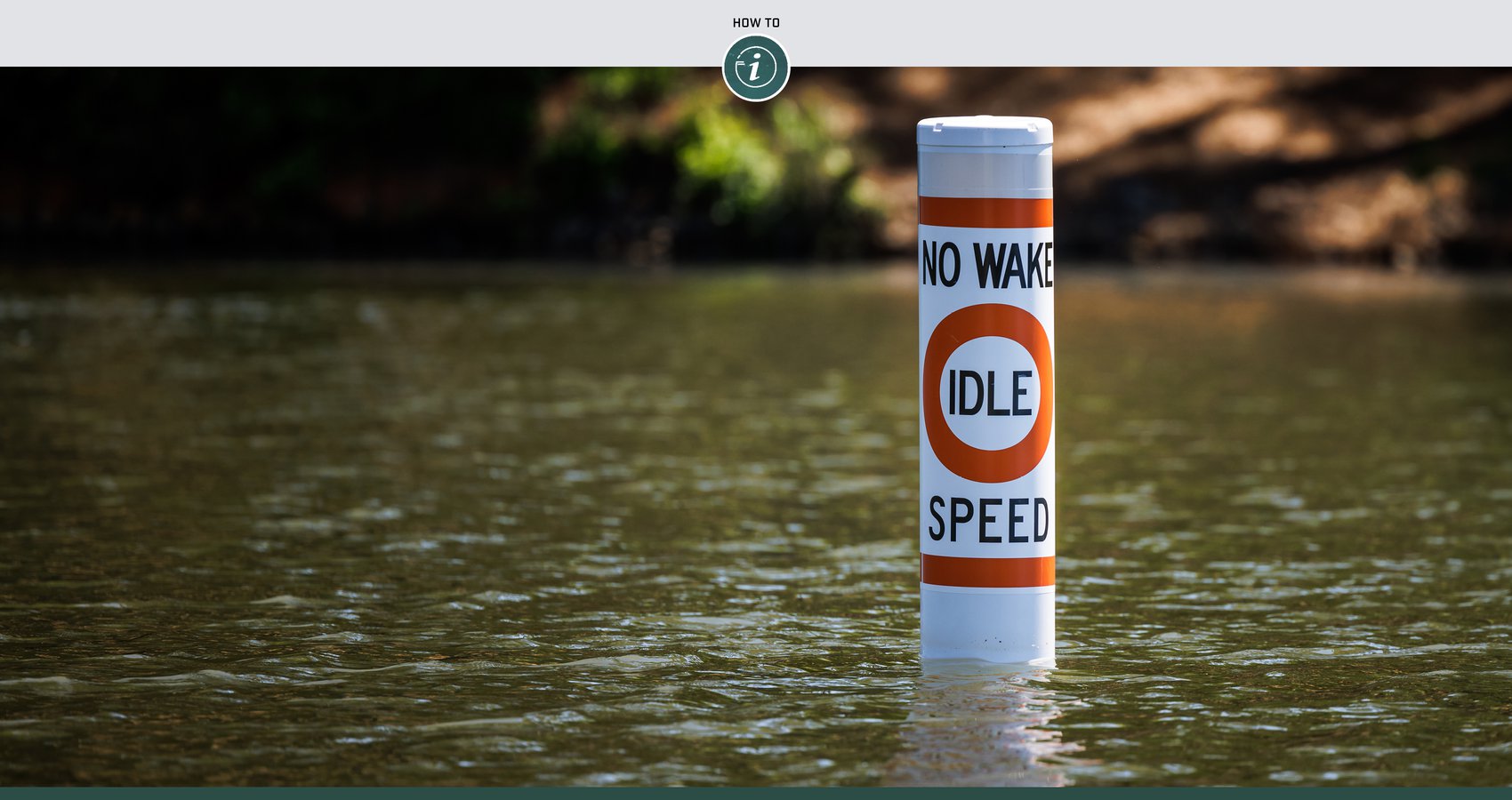 How to Navigate No Wake Zones

Travel your local waterways on a busy summer weekend and you'll see people handlling no wake zones in all possible ways.  Thankfully, most people observe them closely and maintain an appropriate speed, but others plow through them at the fastest possible off-plane speed  or suddendly come off plane right at the buoy, either of which will inflict a sizeable wave on the no wake zone and anything it was created to protect.

You can't control what others do, of course, but you can do your part in maintaining a safe and pristine waterway by knowing exactly what's required of you in no wake zones.

No wake zones are often found around marinas, bridges, environmentally sensitive areas and more.  It might not even be obvious why a particular no wake zone exists, but that doesn't matter - it's there for a reason, and you are still responsible for adhering to the directive.   Failure to observe a no wake speed, according to the United States Coast Guard, is the slowest speed at which the driver can still maintain steerage of the vessel.

This speed can vary a bit for a given vessel, depending on outside factors such as wind and current, but generally speaking no wake speed for recreational boats means that the engine is just in gear with absolutely no additional throttle applied.  Most boats will have a throttle detent (or natural stopping place) that you'll feel right after the engine goes into gear but before the rpm start to climb.  When done correctly, your boat will scarcely leave a ripple behind you as you traverse the no wake area.

A few other things about navigating no wake zones to bear in mind:

For a more thorough understanding of the rules of navigation, boating safety and more, visit the United States Coast Guard Navigation Center website.